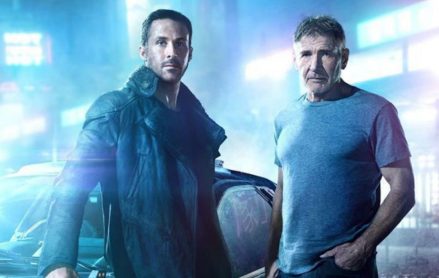 Blade Runner 2049 is a masterpiece, both from a technical point of view, and storytelling. Like the first movie, Villenueve has crafted a story that redefines what it truly means to be ‘human’. The story takes its sweet time to progress, and it does so very effectively with fleshed out characters, and a considerable amount of curveballs.

Speaking of curveballs. Without getting into it too much. The twists and turns found in this movie, are not simple ones meant to trick the majority of audiences. They’re made for us. The fans of the 1982 cult classic. This results into a story that is both meaningful, and emotional.

It is a crime to talk about this movie without mentioning Roger Deakins. Every single frame in this movie can be displayed into an art gallery. The rainy and gloomy look of 2049’s Los Angeles is truly a piece to look at. It also does this in a respectful manner, these places do indeed look like the ones we saw back in the first Blade Runner, just 30 years after. It isn’t arrogant to say Deakins WILL win best cinematography this oscar season.

The performances were also stellar across the board. Ryan Gosling gives a subdued, and humane performance. Harrison Ford gave us one of his best, Deckard is tired, worn-out, and old. This movie will remind you that Ford isn’t simply an action star. But a masterful actor. Ana de Armas gives the most interesting performance out of the bunch, an Android that pretty much finds humanity throughout her arc, and that’s riveting. Jared Leto plays the new tech head-honcho. He’s pretty much Tyrell if he was a weirdo, nothing more than that.

With that said, it’ll be interesting to see how this flick ages overtime. How audiences will respond to it in years to come. But, regardless of that…

Denis Villenueve has added another masterpiece under his belt. Blade Runner 2049 is a technological piece of storytelling that will inspire future film-makers to come.

A sardonic wordsmith with delusions of grandeur, on a damn-fool idealistic crusade. View all posts by Rafael Jahja