2017 was a triumphant year for movies, maybe not so much for the summer blockbusters. But an incredible one for the smaller films. Ranging from war dramas, coming of age stories, an obligatory Spielberg shoo-in, and that one where Sally Hawkins fucks Abe Sapien.

The following list isn’t really a ranking, but more of a small summary of what i’d love about each film, and guess what? I don’t love all of them, but each of them carries their unique flare worth talking about. Shall we…?’ 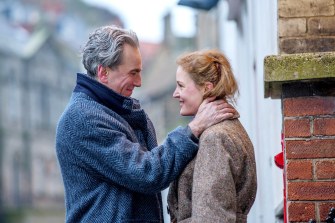 Phantom Thread tells a very riveting story of a man consumed by his own art, till someone shows up and breaks down the walls that he has held up so high all these years. While the movie does a great job at portraying the charming (also toxic) relationship between the 2 characters, it does a poor job of making me care about Day Lewis’ character, he mostly just comes off as a some victorian weird fuck that could pull off a season on E! But, credit where credit’s due both performances given by Day-Lewis, and Krieps were spot on! One would even argue Vicky Krieps’ character (who wasn’t nominated for a best actress award) stole the entire movie.

The Shape of Water 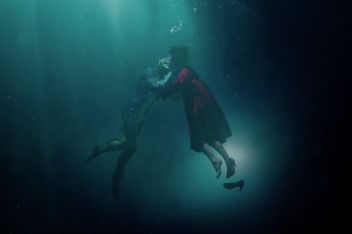 This is probably Del Toro’s best work in years, an argument could even be made that it is his best. Visually stunning, great characters, and astounding performances across the board (not including Michael Shannon). No seriously, why does he keep getting nominated for Academy Awards? The dude plays the same character in every film, even giving Owen Wilson a run for his money. That said, Sally Hawkins is the true star here. Her subdued, innocent portrayal is the beating heart of the movie that keeps the audience invested.

What’s an Oscar without seeing a Spielberg flick (and Meryl Streep) getting nominated. The man proves that he’s one of the most versatile directors in the business. The film’s fast paced, full of tension, and carries a relevant message. (Which is crazy since this thing takes place 40 years ago). Meryl Streep & Tom Hanks make a great duo. The film is at its best when it’s fast, which isn’t always the case.

Greta Gerwig’s (stop pretending like you’ve heard of her before) Lady Bird was a really unique coming of age story. It’s gritty, realistic, and offers a form of angst that you just don’t see in film nowadays. No, her story doesn’t revolve around a guy that eventually becomes the only reason for her to feel whole. It revolves around her, and her family, and makes us realize maybe family’s all we need.

Look, i know the cool thing to say is “iT’S jUSt GaRY olDMaN iN a fAtSUiT”. But Gary Oldman truly does give out his best performance here. The sheer ferocity of Churchill, the fast paced dialogue, everything in Darkest Hour is truly a marvel to look at. Not to mention that amazing train sequence.

“Anger begets greater Anger” as someone put it best. Three Billboards Outside Ebbing Missouri was an unforgiving, mean spirited film that personally shook me to the core. It’s a film that paints a miserable picture of what anger can do to us if we let it consume ourselves. Frances McDormand is a lock for Best Actress (if only Casey Affleck was there to present it to her, so she could wack his head off with it). Sam Rockwell plays a complicated figure that we can root for at the same time, and it’s truly a shame that Martin McDonagh wasn’t nominated for this masterpiece.

Call Me by Your Name 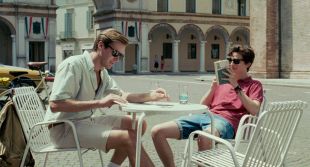 Probably the most charming film out of all the nominees. Call Me by Your Name transports you to a summer in 1980’s Italy. With breathtaking cinematography, a great cast with Timothee Chalamet, and Armie Hammer, not to mention the underrated Michael Stuhlbarg who was snubbed. The film is this one transcendent experience of seeing two people falling in love, and doesn’t make a big fuss about it. It SHOWS you the experience, something that cinema has abandoned lately. (Also, that peach scene was one of the most sensual piece of cinema ever put to screen, and you can’t tell me otherwise)

Who would’ve thought Jordan Peele was able to bring such a gripping piece to the screen. Get Out is a film that could’ve gone too on the nose with the social-commentary, but with Peele’s excellent writing. It becomes something more. Like Call Me by Your Name the films shows you the injustice, yet in the most subtle of ways. It’s thrilling, mind opening, and somehow subverts expectation in a premise that could’ve gone very predictable.

Wait.. What do you mean this wasn’t nominated???

Remember when i said this wasn’t a ranking? Yeah, i lied. Dunkirk, is in my humble opinion, Christopher Nolan’s best work since the Dark Knight. It’s an audio-visual experience like no other, it’s a modern silent-film. Unlike traditional war movies, where we have a scene where our characters gather around a campfire, and tell their stories about home. Nolan made Dunkirk itself as a character. A 90-minute thrill ride that manages to scare the living shit out of you without seeing a single man getting shot in the film. Not to mention Hans Zimmer’s gripping score, and Hoyte Van Hoytema’s cinematography that honestly beats Roger Deakins’ work in any day of the week.

So The Oscars start in about 6 hours, get your bets ready, and have fun!

A sardonic wordsmith with delusions of grandeur, on a damn-fool idealistic crusade. View all posts by Rafael Jahja